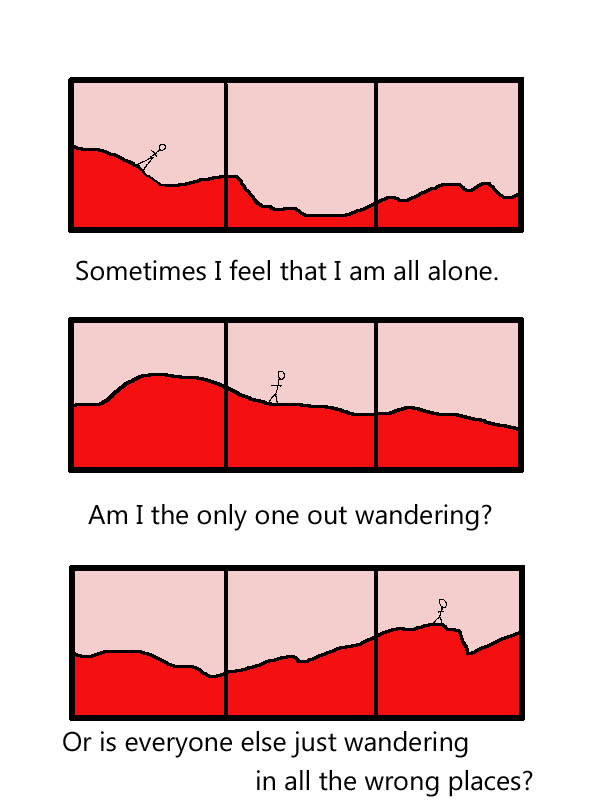 Alone. Am I really alone? Some days I hear the trees talk to the wind. I smell the seasons in their forever cycle of shouting, look at me! I taste the joy of dreams in my morning tea. I cast for faces when it rains and they dance about my memory. Smelling of roses and misremembered poetry. I hold onto the railing when I descend long flights of stone stairs. I do not feel alone when I wade into the caves below.  Each chamber decorated in the stylish screeching of the sea bats.

The Spinosaurus lived like 100 million years ago in like a constant state of dizziness. Then one day an unnamed time traveling Archaeologist/used car salesman, taught them about spotting.  This new power allowed them to rebel against King Ankylosaurus. But the loyal followers of King Ankylosaurus did not go away quietly into the light. They hired space ninjas to assault the earth with large asteroids. Though King Ankylosaurus lost the war, it looked like his followers in their unwillingness to accept defeat, had doomed the whole planet. But had they? One brave Stegosaurus led a team of super dinosaurs into the upper atmosphere to repel the space ninjas and their space rocks of doom.  This Stegosaurus would forever go down in history as Stacy Stardust, Stegosaurus Supreme.